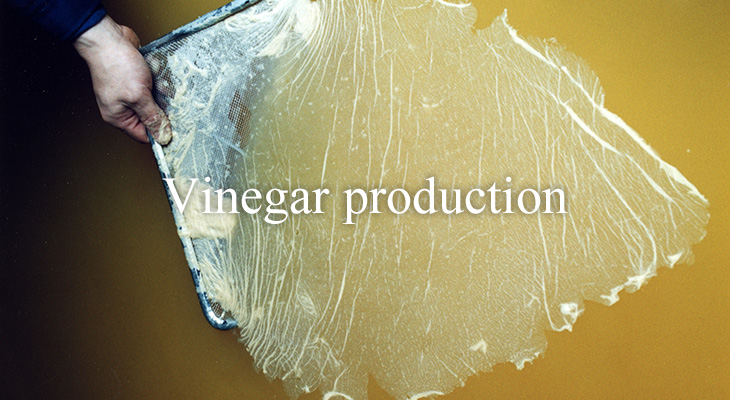 The rice vinegar brewing process begins when the sumoto-moromi produced in our SAKE brewery arrives at the vinegar brewery. We put source vinegar, water, and sumoto-moromi into the tank, and warm them up to 40℃. We then put a film of acetic acid bacteria on the surface. After a few days, this acetic acid bacteria film covers the surface of the liquid entirely. This is the start of fermentation. This unique blend of acetic acid bacteria is a family tradition in our brewery that dates back over 130 years. The individuality of this fungus gives Fujisu its unique taste and aroma. In order to make vinegar, one third of the total amount of vinegar is needed as a vinegar base. Just like you may find at a traditional restaurant, this vinegar dates from the time of our foundation. It is added to the next stage of the vinegar making process, and this method spans generations.

In our brewery, we use a traditional method called "static fermentation" to produce vinegar. This is a fermentation method in which the acetic acid bacteria on the surface of the tank naturally turns alcohol into vinegar over a period of 80 to 120 days. It requires time, effort, and craftsman's intuition, but the acetic acid and water harmonize during the brewing process, resulting in a mild and tasty vinegar. Unfortunately, many vinegar manufacturers prioritize efficiency and use machines to artificially pump air into the vinegar to finish the fermentation process within a day. This quick fermentation method is called "full fermentation".

After fermentation is completed, the vinegar is then transferred to a maturing tank where it is slowly aged for at least 240 to 300 days. During this time, the vinegar is not only left alone, but is transferred from tank to tank many times. By transferring the vinegar more than five times and allowing it to be exposed to the air, the vinegar becomes milder. This is the same as decanting in wine. We maintain great care and attention through the whole process so that we can deliver it to the customers in the best possible condition. 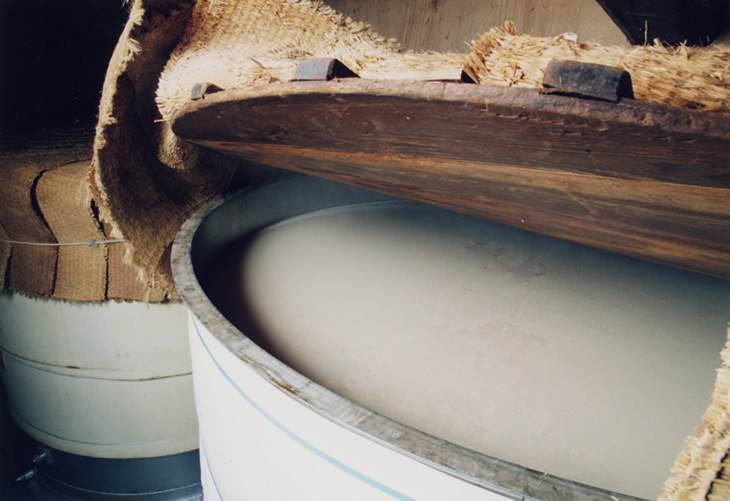 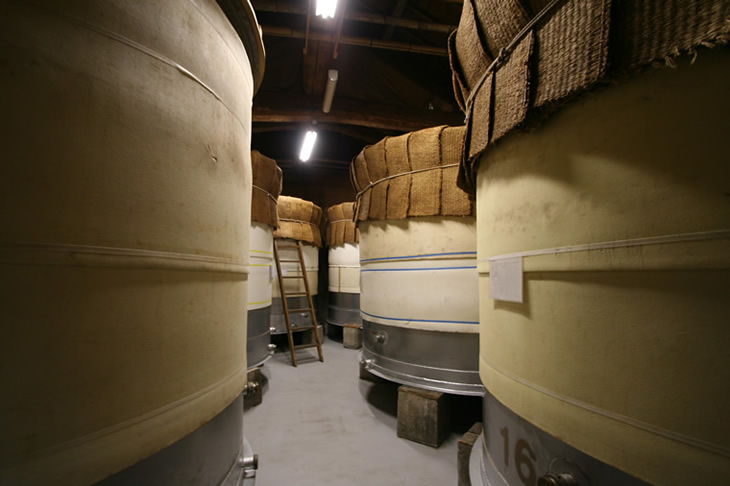 The brewery is filled with the sweet aroma of vinegar being fermented. The static fermentation process takes about 100 days. After that, the vinegar is allowed to mature steadily for 300 days.