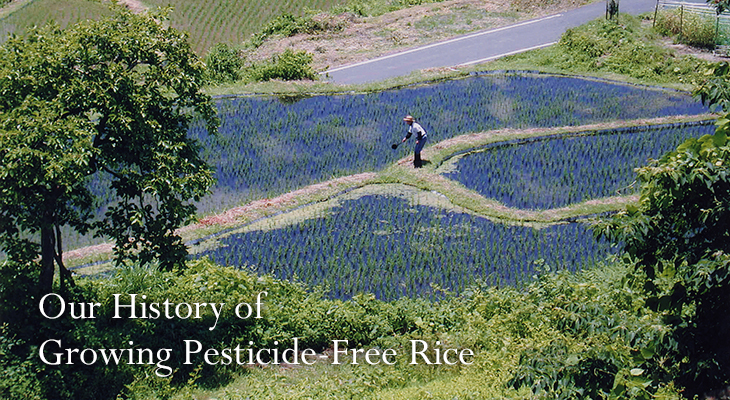 It was Terunosuke, the third generation, who decided to make vinegar from pesticide-free rice. During and after World War II, the government banned the production of vinegar from rice due to food shortages. Later the ban was finally lifted, but in the 1950s, in the midst of rapid economic growth, farmers started using more and more pesticides such as DDT. These are known to be highly toxic. Red flags were put up in the rice paddies to keep people away, and creatures such as the crucian carp and loach disappeared before we knew it. Terunosuke worried that food produced in such a way could cause diseases. He resolved not to produce vinegar from such rice.
He began visiting farmers in his hometown of Miyazu, begging them to grow rice without using pesticides. However, mass production and mass consumption were widespread in those days. The idea of pesticide-free rice and consideration for the environment itself was still relatively unknown. So it was really difficult to persuade farmers to follow his lead. It took two years to realize his dream and convince the farmers to produce pesticide-free rice. In 1964, Iio Jozo started working on this project, producing pesticide-free rice. This was about 10 years before the publication of Sawako Ariyoshi's "The Complex Contamination," which first raised widespread awareness about the dangers of certain agricultural chemicals in Japan. 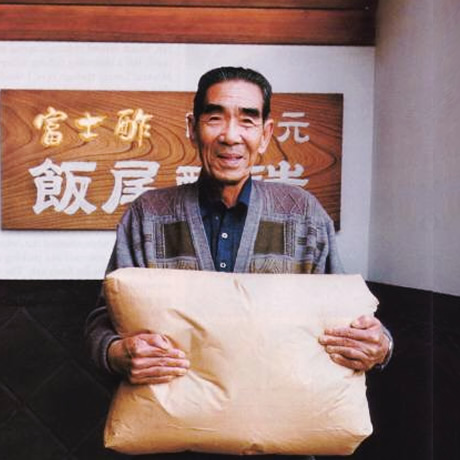 The third and the fourth generations

Terunosuke’s son, Tsuyoshi, the fourth generation of our company’s leadership is a diligent researcher. About 80% of our current products were initially created by him. In addition to standard seasoning vinegar such as Sunomonosu and Yuzuponzu, he has also commercialized fruit vinegar such as Ringosu (apple vinegar) and Purple sweet potato vinegar(Plane) (red potato vinegar). In the past, he also produced pumpkin vinegar and soba vinegar.

Additionally, he sought innovation through new farming methods. He strongly believed in reducing the burden on the farmers, while ensuring they continued to produce safe ingredients. For more than 20 years, he gathered information by reading agricultural newspapers and specialized magazines every day. Whenever he found an interesting method, he would study it. Often, he visited sites with farmers and the staff of agricultural cooperative associations. He tried more than six different farming methods in total. These included the vinyl mulch method, recycled paper mulch method, liquid mulch method, recycled paper direct sowing mulch method, and the horseshoe shrimp method.

At the moment, we use the recycled black paper mulch farming method. In this method, we plant rice seedlings alongside black paper. The black paper promotes the growth of seedlings by allowing them to receive more sunlight. Also, the paper prevents weeds from growing. In time, it dissolves naturally and returns to the soil. This gives us the upper hand in the battle against weeds. Weeds are the biggest challenge that farmers face when growing rice without pesticides.

In order to successfully complete this process, we need special rice planting machines. This heavily involved process also incurs other, additional costs. Iio Jozo bears these costs and provides the necessary machines to our contract farmers. The purchase price of the finished rice is also set very high. While this may not seem like the most cost-effective way to operate, it is based on our policy as outlined below:

One of our contract farmers once told us, "I wouldn't have been able to continue farming if Iio Jozo hadn’t purchased my rice.” Our contract farmers take the trouble to grow rice without pesticides for us. We believe in supporting them so that they can make a sustainable living from farming. This belief has fostered a trust relationship with our contract farmers, a relationship that remains strong to this day.
In 2002, we started renting terraced rice paddies from contract farmers who were no longer able to grow rice due to their advancing years. Our brewers make rice there. The rice paddies we rend are winding terraced fields where machine operation is impossible. It is a small area, so our vinegar production would not be impacted even without the area. However, we started this project to preserve the scenery of the terraced rice paddies, whose cultivated area is decreasing rapidly. We have operated this project for 10 years. 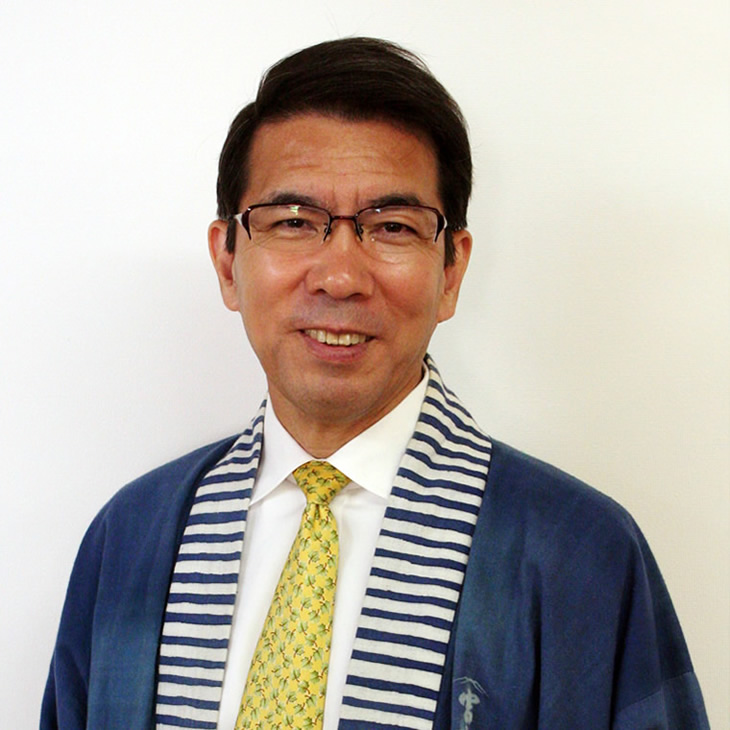 A special machine for planting rice seedlings utilizing the paper mulch method. This machine was donated from Iio Jozo to contracted farmers.

Since 1964, pesticide-free rice has been grown for Iio Jozo in this terraced rice field.

The fourth generation with the contract farmers who grow pesticide-free rice for us.

Akihiro, our fifth generation, and his plans toward an open vinegar brewery

Akihiro, our fifth generation, and his plans toward an open vinegar brewery

Akihiro, the current owner, grew up with his twin sister Junko as a child of the vinegar brewery. His father Tsuyoshi told his homeroom teacher during his first year of high school, "I want my son to study the aroma of vinegar in Professor XX's laboratory at Tokyo University of Agriculture.” Akihiro’s future was determined by these words.

Akihiro entered university and lived in Tokyo for 10 years after that. Although he grew up watching his father’s efforts, he himself had no experience in farming. However, upon returning to his hometown he realized that in Miyazu he can find everything that cannot be found in the city. In those days our brewers had already started growing rice, and he began to post about this on his blog, "The Work of Making Vinegar”. We grow rice in terraced paddy fields that twist and turn. No machines can plant or harvest rice here. Everything must be done by hand.

Then, Akihiro had an idea. “Why not have the people in the city experience here what they cannot do in the city?” Working totally by hand must be a new experience for them. If they join this activity, the burden on the brewers would be eased. But who would want to come all the way to the terraced rice paddies, a four and a half hour train ride from Tokyo (a two hour train ride from Osaka) and a 40 minute drive? In the midst of some opposition, we began offering rice planting and harvesting workshops in 2007.

In that first year, only a few acquaintances and business partners participated in the event. The following year, mail order customers started to join. Now, more than 100 people come to help us every year. The seedlings they plant and the rice they harvest returns to them as vinegar. They can know the kind of people who make vinegar. We will continue our efforts to build an open relationship with the customers. 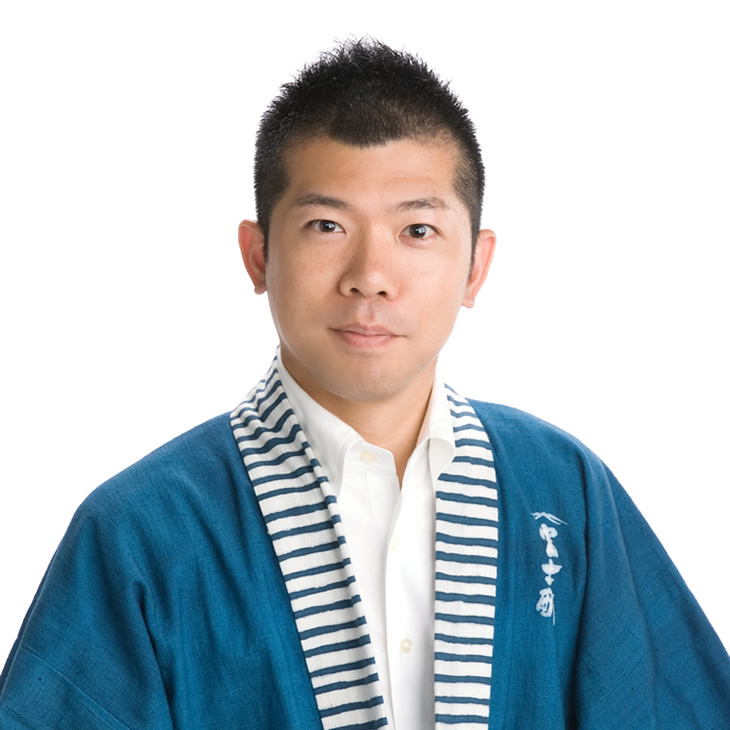 During the period from before rice planting to rice harvesting, all the brewers work together to cut the grass several times. They wear insect nets and work under the blazing sun in the middle of summer. 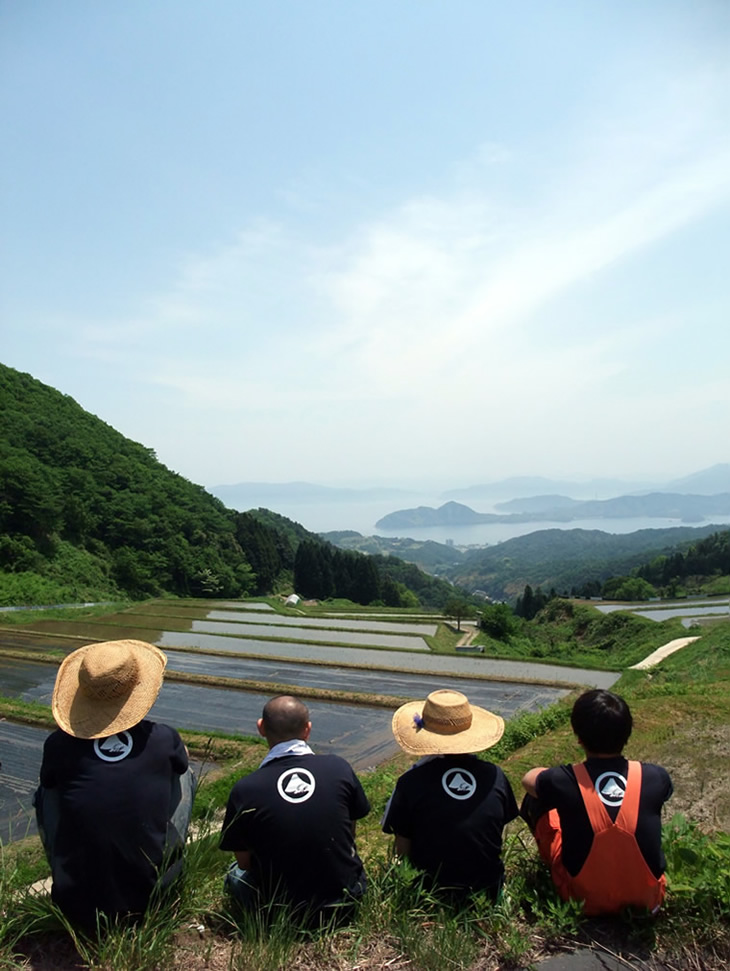 Taking a break while looking at the ocean with the people who came from Tokyo to help us.